~" You say, 'If I had a little more, I should be very satisfied.' You make a mistake. If you are not content with what you have, you would not be satisfied if it were doubled."~
Charles Haddon Spurgeon 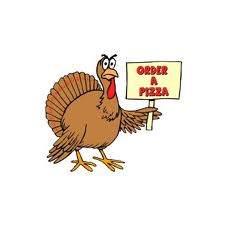 Sometimes it's hard to be thankful...well, not so much hard.(to me)-as it is to forget to be.  I know that in my life, I can get so caught up in the "what's next"..that I forget to look at the "what's now".  There are days..weeks..when all my time is spent planning for the next IEP, the next hurdle to get over ...the next "thing" that needs to be done..that I rarely take the time to stop and see where I am standing.  That is why I like Thanksgiving.   Spending a whole day with (most of ) the people who are important to me.  It is also the only day of the year that we eat as a family. What with food issues and Omar's work hours..we rarely sit down together-much less share a meal.

With the herd-I'm a short order cook. Texture, taste, smell...all those things effect how the herd eats. Sam likes some chicken, burgers, mac and cheese and pizza...Oscar likes pizza..pizza bagels..tomato soup..and pizza...Lily-my adventurous girl..will try anything (even the heart and liver Omar cooks from the turkey on Thanksgiving...ick!!!!!!) and Zoe..she likes Pizza and chocolate-not in that order. They do get fruit and vegetables(well, carrots) and plenty of yogurt. They are all growing and healthy-so I'm not going to complain. Why mess with something if I don't need to?  That doesn't mean I don't...suggest that they might like to try something different..
"Hey Oscar...on Thanksgiving...do you think that you might like to try some turkey and potato's?"
"O.K. sure"
"Great...what about you Sam?"
"Of course I will."
"Wonderful...Lil.I KNOW you'll enjoy our feast..."
"I can't wait!"
"What about you Zo?"
"No. I don't like it."
"Well alright then...everyone except Zoe is going to try Thanksgiving dinner this year-I'll make sure there is pizza for you Zo.."
"Pizza!...I want pizza."
"But Oscar-you said you would try turkey this year..."
"O.k."
So..I left it at that...even though I knew that it was more than likely that three of them would wind up opting for pizza..which really is fine by me.  You see,  I HAVE to ask if they will try turkey-it's kind of like a holiday tradition in our house- just like the "annual making of difficult costumes" has become for Halloween ...or the "I'm going to call Santa if you don't stop doing that" threat at Christmas.  It is just how we do things.  Although sometimes I wonder if I'll be asking the same question when I'm eighty....I'm hoping that by then they are cooking for me. Or at least ordering out for pizza..I definitely hope I won't be using the Santa threat...

On Thanksgiving, we all sat down at the table-that held a beautiful meal cooked by Omar...plus the obligatory pizza. Sam did manage to take a few microscopic bites "It is really good-but I'm more of a pizza kind of guy" Oscar and Zoe didn't even try to pretend..and Lily had a bit of everything. As I do every year-I went around the table asking everyone what they were thankful for...and as they do every year..I was told.."I am thankful for you and Papa...pizza....toys...Christmas coming..Mario..-predictable but nice.  Later on, Sam came to me and asked "What are you thankful for Mama?"..now, you have to understand..at this point it had been a long couple of days. The holiday had started with Oscar coming home sobbing(carrying a crushed box) on Tuesday because he had dropped the pie he had made us- on the bus...so of course I grabbed a fork and started to eat his smashed pie telling him it was perfect and delicious while ignoring the boot print on it and smiling as I convinced myself that the crunchy parts were just bits of under cooked apple...and then the next day it snowed and school was cancelled....it was gloomy and cold out...and the herd had been stuck inside..and they(the girls) had a bit of "cabin fever"... I had just broken up the zillionth fight between my banshee's screaming mimi's daughters.....*sigh* of course it had to do with "littlest Pet Shop" toys...so maybe that's why I answered the way that I did........"What am I thankful for?.." "yeah"..."Well, I'm thankful for our family..and coffee..and......that there aren't any werewolves living by us." (Really-I am..with all this "Twilight" movie obsessiveness going on-you'd think that werewolves would be great-hello?  They are predators! They EAT PEOPLE!-so I am glad that they aren't around..besides I already have three dogs..and could you just imagine how much a werewolf sheds?)  I really have no idea of WHY I said that..it...but the minute it came out of my mouth-I regretted it. I was(selfishly) afraid it would lead to a discussion about Big Foot...something that Sam is very interested in discussing...in great DETAIL...with charts, graphs, eye witness testimony and video clips...along with the "Loch Ness Monster" and the "Chupacabra"...But-he didn't take the bait. Instead, he looked at me and said "We have a weird family"..."Ummm..I guess?..does that upset you?" "No-I like it." "Me too bud..it certainly keeps life interesting huh?"  "yeah..it really does" 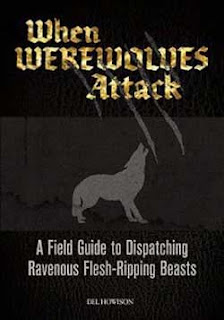 Just like my girls, I have a hard time sitting still..Most days, I feel like a racehorse being released at the sound of the alarm in the morning. Truth be told-I like it that way.  Which makes days like Thanksgiving a little more special for me.  That does not mean however,  that I wasn't thankful to see them get on the bus Monday morning..I was(after being stuck inside for five days)..truly thankful (especially my girls!) almost as thankful as I am about the werewolves...
Posted by kathleen at 7:00 AM

A great catch-up on your week! I felt like I was there! I too gave up worrying about food choices, they try it when they're ready and a few bites of something (even if they then move on to pizza!) deserves HUGE celebration. And something to be thankful for!

Eh.. I'm thankful you don't have werewolves nearby too....and that you have coffee!

My eldest was only saying that she wished we had Thanksgiving in Ireland, because she loves a roast fest, but aspie boy doesn't and Smiley will only eat the mashed potato, so I still often have to cook four separate meals. Yes one for me as well, as I hate pizza!

:) I am thankful for you, each and everyday, and thankful that you're writing again! hee!

Wonder if you told them about all the people getting worked up about zombies, you think they'd take the bait or would it just freak them out???

I'm always glad to have the kids and family around the table but I'd be a liar if I weren't just as happy waving to them at my front door when they leave.

And I am thankful for your blog and blogs like it that remind me that it's okay to have a weird family because, well, we do!

Sounds like our Thanksgiving feast. Except, of course, Alex and Ben couldn't even be convinced to sit down or eat or... Well, yeah, but... Okay, so Willy and Brandon ate dinner with us adults.

Gotta say, though, that being thankful for a werewolf-less neighborhood doesn't strike me as strange. Between eating people, tearing them to shreds, and that nighttime is usually the only good time for me to go grocery shopping. Stores are bad enough without having to fend off werewolves. Or vampires. The shiny ones are decidedly rare.