~"Worry is interest paid on trouble before it comes due."~William Ralph Inge 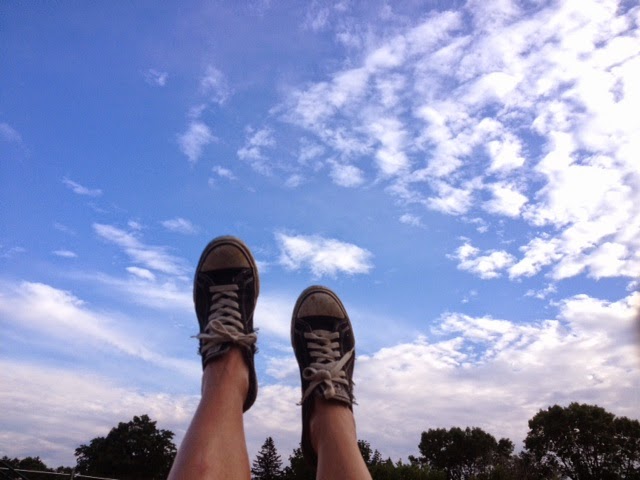 Now and then I worry...well probably more than that.. Alright-I obsessively worry-about my kids futures.and my chickens and cats..the mortgage..insurance..my..*sigh* garbage company-I am not kidding!  I admit that I am a champion worrier-the queen of fretting-the empress of uncertainty!..if only there were awards or monetary compensation for it-I'd be buried under piles of trophies and money..But, as that isn't the case..

We have had the same garbage removal company for nine years. Very slowly-but surely-their price for garbage removal has gone up.  So much so that I was either going to have to sell a body part to pay for it-or move into our dumpster as a way of consolidating living costs. So, I did the responsible adult thing and researched other trash removal companies.  That's smart-right?  I even found one that offered twice the removal for half of what I was paying now. Two for less than the cost of one! You would think it would be a no brainer..that of course I would cancel my current service and hire the other company. I thought so too...until I spoke to my account manager..I spoke to him-exchanged words..and more...Which brings me to my other problem.  Sometimes...I talk too much.  It's not that I want to!  No, it's more like I am compelled-driven! You have to understand, I have worked in customer service.  I know what it is like to be on the receiving end of a complaint.

More than once I have endured the wrath of someone who felt wronged, persecuted even!- because they were served the wrong salad dressing
("I asked for FAT FREE ranch and this has fat in it!" "I am so sorry..I'll fix that for you right away!" " I can't believe you did that!" "I promise it was an honest mistake."  "Uh huh.")
Or their unlimited fries had *GASP* run out!  Oh the humanity!. "The menu clearly states that the fries are bottomless!" "Yes they are." "Well..why did we run out?" "I'm sorry, it has been a busy night-I will refill your basket now." "Well, I can not believe that I had to sit and WAIT-WAIT for them to be filled up! "I will have a mass said in your name." "What?!" "I'll be right back.."


So I feel this strange sort of solidarity with wait staff, cashiers and faceless telephone clerks. I need them to know that I am on their side!  That I understand that whatever problem that I have is not personally their fault...But then, it gets personal anyway...

"Hi Ms. Leopold, I understand you are thinking of leaving us."

"Hi Mr. Smith..yes, I'm sorry but you are just too expensive."

"Let me look at your account..oh..wow-your rate has gone up."

"I know! I found another company that will do twice the pickups for half your cost- for one!"

"Really?..Wow..that's stiff competition...let me see what I can do here..we really hate to lose long term customers like you"

"You guys are great-really!  I love our pick up driver-he's always so nice about avoiding my chickens..and waiting for me to move the cars and the kids stuff before he pulls in.."

"Oh I know about moving your kids stuff (chuckle)"

"Really?  How many kids do you have?"

And we're off!.. and before you know it, we are on a first name basis...and a conversation that should have taken ten minutes has stretched out to over two hours. We have shared our thoughts on politics, religion, kids. I know that he needs a new roof (I of course gave him suggestions) that he's on his second marriage, what his kids do, where he eats lunch and what he plans on doing next weekend.  We even exchanged recipes! (His cheeseburger meatloaf dish was a hit with two of the kids-and Omar)  It's madness!  It happens far too much. We have had contractors in and out (mostly in) our house for nine years! It isn't because of the amount of work-No!  It's because we start talking...The other morning, Omar asked where our current one was.."Well," I said.."He had a busy weekend..he had to take his daughter up to school..I think that he has an appointment this morning...did you know that...blah blah blah.." Omar just laughs..""Of course you know that-of course you do."  He doesn't mind-he finds it humorous."Only you" he says as he kisses me and leaves for work..I choose to take that as the compliment that I am sure that he meant it as.

I do not know how to fix it-this customer service worry.  I do know that I have met some very interesting people along the way. I've even gotten some good recipes!  I just can't see myself doing things any other way.  The problem is..well, that nothing really ever gets resolved-not fully..  Sure, I have made a new friend in my garbage company- but it's the same garbage company that I have had for nine years.  Yes, my cost has gone down...but it is still five dollars higher than the other company's price.   What the hell?

I am going to "try" and switch my cable service this week. I am really hoping for an automated system. Otherwise-who knows what I'll end up with-besides perhaps some new recipes...
Posted by kathleen at 7:00 AM