Getting off the wheel.... 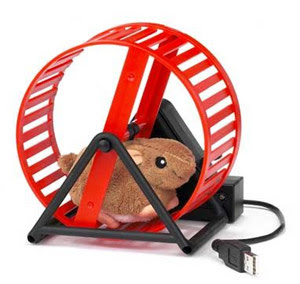 "Now the thing about having a baby - and I can't be the first person to have noticed this - is that thereafter you have it."

You know, they told me it would be hard..that I would feel sad..lonely. That this big event would be difficult for me-bittersweet. Personally?  I think they just need to get out more.  Because,  I am....overjoyed! Thrilled..Giddy..absolutely out of my mind with happiness! Zoe started pre-school last week, and for the first time in twelve years..I AM ALONE!!!   Monday through Friday, for four beautiful hours a day-my time is my own! Did I mention that I was happy?


I really wasn't sure what to expect this year. Change...transitions..they are hard for all my kids.  Yet, so far this year has been almost too easy.  So many changes-and yet, they are doing really well! I have to admit, I was kind of worried....and the irrational part of me..the one who knocks on wood and is afraid of "jinxing" things, makes me almost afraid to write about it. But the kids have really been amazing.


Sammy started middle school this year. Big change for him.There is a lot more expected...the work, changing classes..a locker.  Add puberty and all the fun with hormones..and I thought we were really going to struggle.  This past summer, he was a regular bundle of anxiety and worry. There really wasn't much anyone could do about it..I think the thought of it, the expectation...the unknowing-really had him going.  Now that school finally started and everything he stressed over has finally happened..he is a new boy. He is calm and relaxed. He has taken on all these new challenges with relish. I am in awe!  We were talking about school the other day.  He had had an assignment where he was to write a descriptive paragraph about a place he had been. With just a little prompting, he wrote a lovely piece. He told me that the ed. tech in his class room had made a big deal over it. Saying that she really could get a sense of the place he had written about because he had done such a good job.  He was so proud!  He said "Mama..It's a good thing I have an autistic brain." "Why do you say that?" ... "My brain lets me think and picture things different.  That's why my writing was so interesting." He then went on to tell me in intricate detail about certain television shows and their characters- their wants, needs, hopes, desires...what they like to eat, wear, read, sing..their political ambitions....sigh... Assuming that I knew exactly what he was talking about...


The fact is, we have always been honest with the kids about autism. How could we not?  Especially as the boys are getting older .. they know they are different from their peers..and we couldn't ignore that. We have explained about the spectrum and how all people autistic or not see things differently. Autism is an explanation not an excuse.  It is certainly nothing to be ashamed of.  It's funny, in talking to Sammy about this, I have many times mentioned that he and Oscar are both on the spectrum-but in different places.  I said "Sammy, sometimes people look at Oscar, and all they see is his shaking and his noises and they assume he isn't very smart." He looked at me as if I had two heads...he said "That's just crazy talk! Don't they know Oscar is a comic genius!" I'll have to remind him of that the next time Oscar starts..ummm..hugging the mannequins at Old Navy.


So my kids seem to be doing well in these first few weeks.  I have to say, I am pleasantly surprised.  Usually we get into the flow of things just in time for the Christmas break. After which we spend a month or two adjusting all over again.  This year has certainly been different. As for me-well I get to step off of the hamster wheel that has become my life- for at least a few hours a day. It is a little too early for me to decide just what I'm going to do with this "extra " time.I'll tell you something though- I refuse to let it just be laundry-although I do have some catching up to do. (like two months worth) But,  if things keep going as smoothly as they have been..well the possibilities are endless.  But just in case...I'm gonna knock on wood.

Knocking on wood with you! :-) I'm betting the four hours fly by and when they are over you look back and wonder where the time went. I know I do when I have time alone. It's great that it's going well!

That's awesome! I'm so happy for you. Time alone is something of a foreign concept to me, but I'm glad you're enjoying your four hours!

I was wondering when you would be able to relax into your 'new time':) Delighted to hear the children are doing so well. Lol at the comic genuis comment, I still giggle at the old navy scene! Jen

Don't you dare just do laundry! Do something for yourself...you deserve it!

It was a shock having empty hours when I lost my job, but I quickly filled them and now I wonder how I'd ever manage going back to work. Hope you enjoy those precious hours as much as I do :)

Congrats on the free time. I happen to agree with Sammy that Oscar is a comic genius.

If there's a creek somewhere nearby, study it, take pictures. Note the wildlife that comes by to visit.

If there's an old fallen tree, decaying and with huge mushroomy things growing on it, make note of them.

Perhaps termites have made a home there. Watch and see if the birds "take them for lunch".

Fabulous Kathleen! What a wonderful start to the new school year.... for all of you ;-)

Sammy sounds amazing and it is good that he knows and has such an understanding about "his" Autism. It's confirmed my belief that WiiBoy deserves to know too...despite what what the silly psychologist says! I think Sammy is right too.... Oscar IS a comic genius, His act will probably involve mannequins though!! He'll have them rolling in the aisles!

Thanks for your comments everyone..:)
Kim-yeah-they are flying by..and I don't know where too..
Life with aspergers-until now it has been totally foreign to me as well..it is almost like I have to learn a different way of being...
Jen-I'm still wondering at this time...I drink coffee and think about having free time..and then all of a sudden it's over..Yeah..Sammy has a way of putting things-he adores Oscar.
Hi Blue sky..I think free time is a lot like money..If you get a raise of a certain amount every week..you still wind up just as broke as you were before the raise...
Hi Lyn-I'm with you! I'm gonna catch up-and then, laundry will be done in the presence of my children..that way I can force THEM to put it away...
Hi Big Daddy-thanks..yeah, I agree with you on Oscar..:)
Hi Clay-there isn't a lack of any of those things...right now I'm overwhelmed with the abundance of choices..:)
Hi Jazzy-I wasn't sure about using the "A" word with them..But you know-they KNOW they are different..and have struggled with it..And I will say that Sammy was a little weirded out when I told him-we had just seen a t.v. show talking about the spectrum. I think he is relieved. There is a reason behind how his brain works..I think that made him feel better than just knowing he was different...does that make sense?

All sounds really positive so enjoy those endless possibilities!

You have got to love Sammy. He makes me smile.

I'm glad you're enjoying your alone time. I remember when Ben started pre-school. People seemed to expect me to be sad, which I didn't get. I was happy to be just me, instead of mommy-me, at least for a few hours.

I'm glad things are going well. Hopefully they all keep it up!

Hi Casdok-thanks..I will try..
Hi Ei-He is wonderful. :)
Hi Stephanie- I know! I am thrilled to be alone-just be myself...it isn't like my kids aren't going to come back..Thanks-I hope we keep moving forward as well..so far-so good. :)