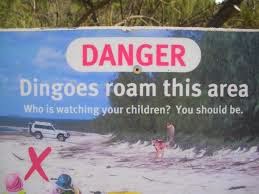 When I was fifteen, I knew everything. I did! I knew how the world worked..I knew what I was going to do and how I was going to do it. Everything was crystal clear-black and white-simple. There was no telling me any differently. It was my life and I was going to live it. My parents did not agree. But..after a series of..what I like to call "learning experiences"(my parents would probably have called them "legal issues") It was decided that home was not the best place for me to be. So I left.

Fast forward thirty four years and I no longer know anything..at least, that is what my fifteen year old tells me. The thing of it is-he's kind of right! I am finding that I have lost all sense of what I used to know. I blame my kids. Until I had them-the world was a wonderful place filled with adventures just waiting to happen. After kids-it became a murky place filled with menace..and bad things just waiting to happen. Gone was the happy go lucky slightly irresponsible woman .. replaced by a paranoid loon of a woman who thinks that bad people(or dingo's, werewolves...zombies ) were lurking behind every tree and or bush just waiting to harm her babies!    *sigh* I need to find my fifteen year old self again. Not just for my quickly growing kids-but for my own sanity as well.

Last week, Sam went on a three day school trip to Quebec. That in itself is amazing.  The kid who we were told not to expect much from- went away with his classmates-for three days! Out of the country! How amazing is that? My boy continues to astound us-daily. When we first heard about the trip back in September-we thought it was a great idea.  In fact, we continued to think it was a great idea...until he left. Then, for whatever reason-my paranoia kicked in. "He's going to a different country! What if he gets lost? What if loses his money? Does he have enough socks?(I gave him 10 pair) Are there dingo's in Canada?" I was crazed..pacing..panicky...mostly because forgot his phone. The special phone that we bought BECAUSE it would allow him to text us from Canada.  The phone that caused Omar to drive in a Keanu Reeves-esque fashion chasing the bus(for a half hour) in order to try and get it to him-he didn't. The phone that he INSISTED he had as he got on the bus-but that I found happily charging in his room when we got back from dropping him off.  Yup-THAT phone. Which led me to rant "I trust him to go out of the country and he forgets his phone-what was I thinking??!!!"  Yup, I was a mess...and it was kind of ridiculous. I admit it. I worried for nothing.  Sam found a way to contact me...and I have some lovely friends who also checked in on him for me. My boy problem solved all on his own..which is what we have raised him to do...which is what he is supposed to do..So why do I have such a hard time letting go? It isn't fair to him.

When I was fifteen, I didn't have a cell phone..I probably wouldn't have used it if I did..well, at least to call home.I spent a lot of time running wild..leaping before I looked..the hell with consequences-I lived in the moment. Sam, is my polar opposite. He's cautious, he thinks things through...and although he may be a little absent minded at times (PHONE) he is so very responsible. How fabulous is that? And yet-I still worry..although after this trip-maybe not as much.

Sam came home a different person..or maybe it was just that I was able to finally fully recognize who he is. High school hasn't been easy for him. We live in a very small town-and while mostly everyone has been very open and accepting of him-it is a double edged sword-because he is also known as a special needs kid.  A label he wants very much to get rid of.  He just wants to be "Sam." A kid who does all the things that he does for no other reason other than that is who he is. Maybe I need to look at him with clearer eyes as well. Maybe I need to remember what is was like to be fifteen.

He came to me the other night and said "Mama...sometimes I worry that I am never going to get out of this town."  Of course I did my best to reassure him..to let him know that he would indeed leave one day-sooner rather than later...that he would find his place and his people...and while I believe these things and know in my heart of hearts that they are true-it still hurts me to see him struggle in the now. I owe him more than I am giving him at this moment. It's time for me to start trusting in who he is.An amazing and decent young man who I am totally blessed to have in my life.

Right now, we are looking at Summer programs for him..someplace he can go away to..where he can find his feet..spread his wings a little..makes some mistakes-own his accomplishments..be who he is.  As long as he remembers his phone...and their aren't any dingo's...or werewolves...I should be o.k.

Oh yes, whenever my eldest goes away, my heart is in my mouth until I get that 'landed safely' text, I can't imagine how Mums coped before then, and it must've been so hard for you.

My son won't get a phone as he is worried about the 'rays', so when I let him go places on his own, I cannot contact him. Obviously he is unlikely to run into Dingos or Zombies on the way to the local shop, but still!

@Bluesky-yeah..his not having his phone caused GREAT anxiety! But, as I had people checking up on him (without his knowledge) I knew that he was o.k. Thing is-we didn't have phones and we survived...sometimes I think that too much technology takes away freedom-don't know if that makes sense?
I'm not sure if there are dingo's or zombies in Ireland...possibly werewolves though! :) So, I wouldn't worry-unless of course there is a full moon!