~"It's a sin to kill a mockingbird"~Harper Lee 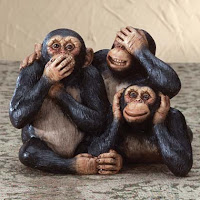 "HALT! Mama HALT!" Oscar yelled...I was on the telephone and happened to use the words "My god!" which was a total "no no" to my boy. No..he has not suddenly become religious..or even spiritual. It is just that we have been discussing language lately-words, meanings..what is proper and much more importantly-what is not. My kids have taken it very seriously-so seriously that they have become some sort of "morality" police force..at school, with each other..and sigh...especially with me.

Now,  I have been known on occasion to utter certain words-or phrases if you will.  The kind of things that pop out of ones mouth when one happens to step bare foot on a Lego for instance or slam their head on an open cabinet door. Colorful words that usually start with an F or an S..sometimes whole strings of such words. I admit it-there are times they just flow forth with incredible grace and ease. I can be quite poetic. Fortunately, the kids have never really noticed-or so I thought..until now. I blame the computer among other things.

Oscar, is incredible on the computer. If he is interested in something-it takes him less than thirty seconds to find it..and it is usually on YouTube.  You can imagine my dismay when he turned to me one night and said "Mama..what's a boner?" To which I responded "I haven't the slightest idea! Go ask your Papa." (heehee) Oh, I knew my days were numbered and that it was time to talk to them .

Some of my kids have fought hard for their words..so we have always tried to be encouraging-no matter what they said. The only real word rules we have had in place were that they were never to call someone stupid or an idiot..nor were they to exclaim "Oh my god". The first two...well, because I think that those are awful things to call anyone..and the latter because some people might be offended by it. I never thought to discuss any others with them-it just didn't seem necessary. Until now.*sigh*  I don't know what has happened, but they all have begun to notice my use of certain words-collectively.  So, I figured it was time to sit down and talk about it.  Especially as they are asking what those words mean.

I thought we had settled it. that they understood where I was coming from. Until Oscar came running yelling "HALT!"(  "HALT"???-don't know where that came from..maybe the computer?) at me when I said "My god"...*sigh* it took the better part of the evening to explain that the word "god" was NOT bad...but that I had indeed made a mistake in my use of it...But then again..Lily, loudly exclaimed "Holy SHRIMP" in the store the other day..and even louder explained "I say shrimp but MAMA uses the OTHER word".(.parent teacher conferences should be interesting next week. .)

It seems that I am going to have to watch what I say from now on...It is either that or not slam my knee into table corners, step on Thomas toys in bare feet,,or stub my toe on furniture. I do know one thing for sure. I am hiding the dictionary from Lily...Holy shrimp-indeed.
Posted by kathleen at 7:00 AM

I'm soooo laughing WITH you on this one! We've had to to the same thing and explain what words are out--hate and idiot are no-no's in our house. He flipped a widget when the Science Channel started advertizing for An Idiot Abroad during How It's Made. Then, stupid me, said a few choice words on that and lets just say we had a minor setback...LOL

Thank goodness, (notice I said goodness) we have the Lillys in this world. What would we do without them or most especially her! I'll be waiting to see how the conferences go. Great post!!

Holy shrimp! You better not have me over for dinner unless you want to spend the next four days de-briefing your herd.

This was fun to read. I knew I was in trouble when my oldest learned to speak - he had a speech delay, so I was off the hook for a while - and said "dammit" very matter-of-factly right in front of my dad after his little Cozy Coupe car fell over in the livingroom.

He's a teenager now, so nothing I say at home even registers after all the stuff he hears at school. After losing a bunch of money to a swearing jar we tried for a while when he was getting pretty bad, he now frequently say the word "BEEP" with a raised pitch when he's repeating a story that requires an expletive. He's normally got a deeper voice than my husband, so the "BEEP" comes out pretty funny.

Ha ha! I knew I'd sorted out my own *ahem* language problem (in front of BB at least) when I was in the car with him the other day, had to swerve to miss some effing idiot, and BB shouted "flipping heck!"

Playing Xbox can be quite expletive producing too I find ;-)Wiboy struggles hard to keep the words in!

LOVED THIS - thanks for making me laugh today! :)

Right now it's cute, but I'm sure mine are not far behind yours. :sigh: It'll be interesting that's for sure. :-)

Thanks for making me laugh! You might also want to hide the thesaurus from Lil. :)

My neice is in the "word police" stage...everything I say seems to be a bad word these days and she always runs to my mom. Telling her that Auntie said a bad word LOL

You hit one out of the park yet again! GL is currently the language police around here. Mama Bear and I have been known to use the occasional four-letter word, but those go right over his head. He doesn't even repeat them—probably because they don't usually make literal sense. But let someone use the word "stupid", and regardless of context, he's all over them: "Mom! You said a bad word!"

@ Lizbeth-Ha-yeah we have minor set backs here all the time..;0 I LOVE "Idiot Abroad"!!!

@BigDaddy-You and yours are always welcome for dinner-my herd would very much enjoy correcting you. :)

@Diane-HA! I LOVE that he beeps to censor-that is really funny. :)

@bbsmum-hahahaha..that's great..sigh..No, mine are still in the LOUDLY correcting me stage...

@Life in the house- Lily says "fishpaste" too. It IS interesting-that's the truth. :)

@anonymous-Hi Eileen-your welcome..I know I achieved something when I can make you laugh here..seeing as you hear all about their adventures on the phone..:)

@Papabear-thanks..yup, literal sense is big here..mine freak out if anyone uses those words. I had to dissuade them though from acting like the morality police at school..they would come home telling me about all the people they had "corrected"...sigh..:)

We got in the practice of watching our words with Brandon. We still slip sometimes, but now we tend to watch other people's words (while they're in our house). Recently I had to explain why I would prefer one guest not to call another guest the "r" word around my kids (or at all). It became a group discussion and I wasn't alone in my position, so I guess that's good. Not sure if I impressed the significance of the word on my intended audience, though.

YouTube is horrid about those naughty words, though. Willy is a master of YouTube, just like Oscar, and it's amazing some of the words he's come across searching for things as benign as Pokemon.

("Halt!" is a frequent command in children's adventure fiction)

Hilarious and a good lesson to boot! You can say the "s" word around my house and the kids don't even notice but don't you dare say stupid!

@ Stephanie-Thanks for the info on where "Halt" came from-that one really threw me-I seem to equate the word with guards..castles..very upright and proper things...all of which I am not! :) My kids are militant about other peoples language at our house..which I have had to temper a little bit..but discussion is good. Yeah..Youtube..wow..I really find myself perplexed as to what some people actually post-using Mario, Pokemon..and even my little ponies. :)

@hatesocks-Firstly-I LOVE your blog name! Just made me laugh..:) How funny-most of the parents I talk to about this ALL have made the word "Stupid" or anything similar out to be horrible...which it is..But, I wonder if parents of kids not on the spectrum teach the same lessons? :)

I associate "Halt!" with those things, too, but they're used more generically in kids' shows and games.

1) "Hey, that's mine! Take that down. I have rights to that!" In which case, YouTube takes the video down. (Television shows do this a lot.)

2) "Hey! Free advertisement! Cool!" In which case, they actively encourage people to post their stuff. I'm not sure, but I think Pokemon and a lot of video games fall under this category.

I'm with you on this one-I believe the free advertisement makes the companies leave well enough alone..sigh..Oscar certainly finds some of the most interesting stuff. :)