Sleepless, Sleeping, and Sleepy in Maine.. 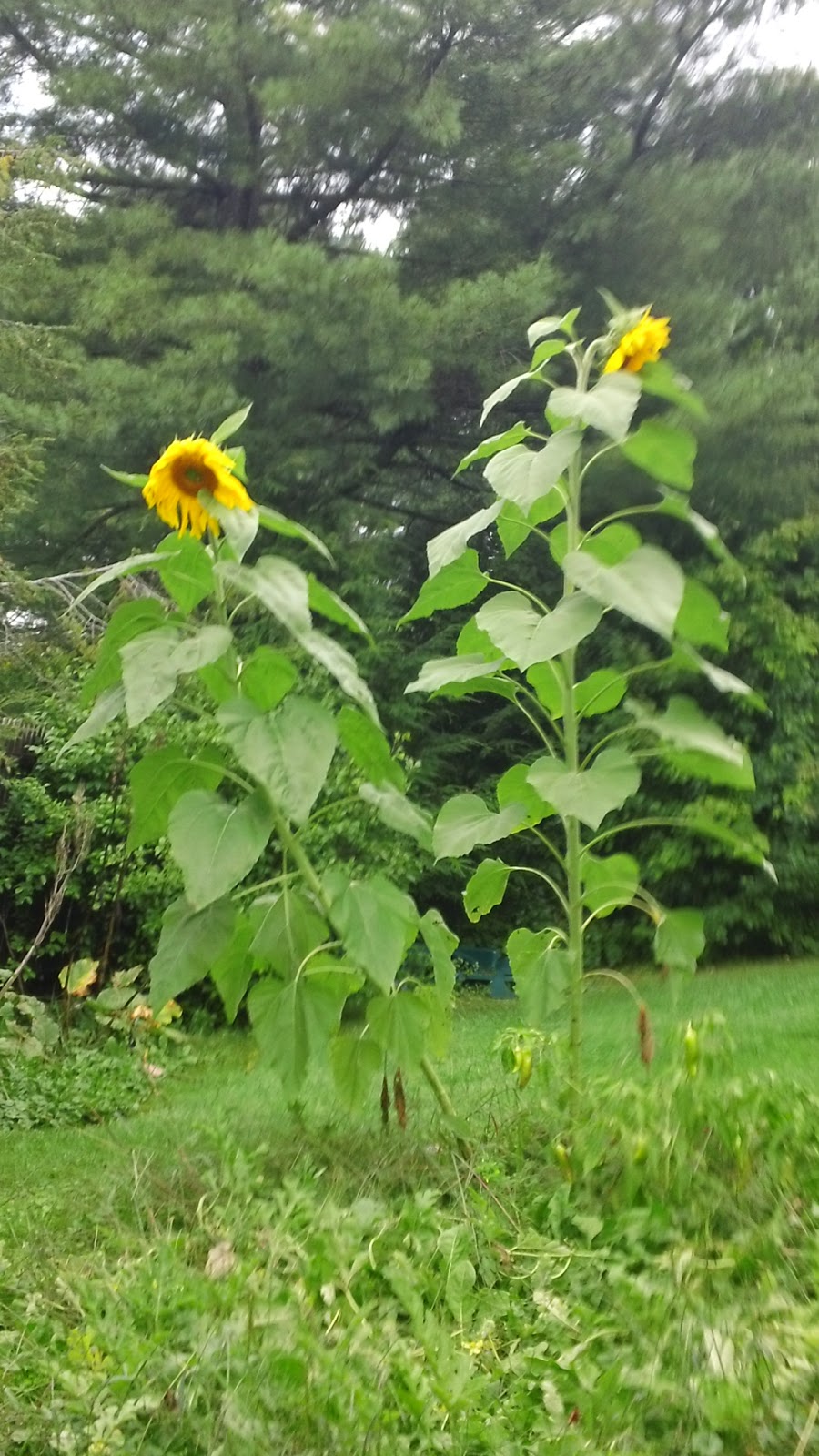 Monday through Friday mornings all start out the same.  My alarm goes off, I shuffle in a zombiesque fashion  to the coffee maker (hoping that I remembered to set the timer on it -and actually filled it, so that it is brewed and ready for me.) Coffee in hand, I feed the dog, check the weather, check to see if there are any school delays or closings, and then park myself in a chair and stare at nothing for the next thirty or so minutes. By the time I have had at least two cups..I am ready to start our morning schedule. Schedules are big at chez herd-especially in the morning. For if something is not done exactly to standard-if the routine is even slightly altered-there will be some form of hell to pay later. This actually applies more to the girls than the boys.

Sam and Oscar are easy to wake up. I go in to their room, I say "Boys, it's time to get up."..and they do.  Sure, they may groan a little-Oscar has lately started growling a bit..But, I take this all in stride.Both of them are growing like weeds-and they don't seem to be stopping any time soon..so, sleep is important to them. Which is funny considering that neither of them were able to sleep for much of their first four years or so of life. Oscar especially. Back then I didn't have the luxury of waking up and drinking coffee alone. I was always awake..or at least mostly awake. My coffee maker(s) (I went through many) was always on. Omar and I used to try and sleep in shifts-hardly ever at the same time.  He worked late afternoon until early morning..So, I would sleep when he came home-from about four until six..unless of course the boys were both awake...and then, we would..I guess, just deal with it together..Honestly, the memory has become kind of hazy over time.  I do however, remember thinking that I would sell my soul or an organ..or really, anything just for eight consecutive hours of deep uninterrupted sleep..I also remember thinking that my boys were never ever going to be able to...that this was our life-forever. (We did this for six and a half years.)  I think that it was the closest that I ever came to breaking-fully and completely. My boys needed so much back then-and I was doing my best..but-(as I think most parents feel at one time or another)my best could have been better. Would have, should have, could have..sometimes that's the mantra drumming away in my head. Some days it is louder than others..I wonder if I could have done more for them if I had been getting a full nights sleep-instead of just doing the best that I could with my very limited...everything. Yes, I believe that I am a good mother-but the reality of that time will always sting. That is my truth.

Now, getting the boys up in the morning is joyful and easy-even with the groans and growls.  The girls however, are another story. With them-I start with an alarm clock.  I learned very early on that simply walking in and nicely suggesting they wake up, was perilous to my health.  They are mean.  The alarm clock serves as an initial wake up..they actually have to move to turn it off...which in turn wakes them just enough as to not bite my head off when I come in. This is important because the next step in the wake up process requires powerful oratory skill...and patience.  "Lil..it's time to wake up" I say quite cheerfully-yet calmly.."WHY?!" she replies in a demonic voice.."Because it's a school day.".."SO." .."Well honey, you have to get up so you won't miss your bus.".."I DON'T CARE." "But I do!" I chirp.."I have lots of things to do today..and you wouldn't want to come with me..and I can't leave you by yourself.." After a few more "why's" and "So's" on her part, she eventually comes around..turning into the cheerful girl that I know... Then, it is Zoe's turn.. Thankfully, by this time, I am fully awake and performing at peak capacity. Before I can even say her name.."I AM NOT GOING." "Come on Zo..you have to get up."
"NO."
"I have a lot of things to do today, and I know you don't want to come with me." Same line I use with Lily..except Zoe has figured it out. She KNOWS that there is a good chance that I am lying stretching the truth-AND with the sharpness of a C.I.A. interrogator she will ask "What things do you have to do?".. I have to think fast..because she requires an actual list-one that she will question-AND if it my answers are not to her satisfaction-she will call me on it.   Some days I just let her stay home. I admit-I don't always have the energy to fight her-especially when we go through this day after day. Most of the time though-she really needs the break. My quiet (at school) girl is easily overwhelmed by everything..only, she has a poker face at school. It is very rare if she lets anyone know that she's having a hard time.  Until she gets home-when, everything she has dealt with comes roaring out..  She has support at school! She has many things in place for when she feels like it is all too much.  Getting her to always utilize these services is our biggest hurdle.  We are working on it. For now though-letting her take these personal days is a tiny concession.  She deals with so much- that letting her have control over this one thing is something I have no problem giving her.

This whole waking up routine seems to be getting harder as the year progresses.  So much so that I am actually considering getting a nanny for myself.  You know, someone to make me coffee, make sure my hair is brushed before I go out..all the things a regular nanny does-only for an adult woman. I'll have to look in to it. I'm just glad that it is finally Friday..and that I can sleep in tomorrow.  As difficult as things can seem right now, they are so much better than they were ten years ago..It makes me hopeful for what another ten years can bring.
Posted by kathleen at 7:00 AM

Labels: alarm clocks, autism family, could have would have should have, extreme sleep deprivation, getting up for school, issues, making myself write, nannys for mothers, sleep, stealth mothers

I think you mean a lady's maid? Oh I would so love one of those: it be so much easier to feel authoritative in the mornings if I had perfect hair and makeup...

HAHAHAHA! @Bluesky-Yes..I could NOT for the life of me- think of the word..Wouldn't that be lovely? Knowing me-I'd put an ad in for a lady's maid-and would still wind up with a nanny! :)

Oh a Lady's Maid sounds wonderful!
You must get up really early to have some blissful time to yourself and I guess it's worth it with 4 to wake up!
I have only 1 child and I swear the morning wake-up is the hardest part of my day! HE groans and moans and after about 10 times , at least, calling him he arrives down all cheerful while I'm fit to burst!!
And I too remember my 5 years of terrible sleeping....I relate my insomnia to that time: Now that I can sleep, I can't! xx

@Jazzy-YES! It is worth it..the girls wear me out-I need to be fully caffeinated in order to be on my game. I know what you mean about insomnia..I down melatonin every night-otherwise, I'd be lying awake thinking about the irony of situation..:)

thanks for sharing - I have a daughter who also questions me daily about why she has to get up to go to school - my standard answer now is because it is the law that she attend school until she graduates - for some reason knowing that it is an actual law works for her.

I was also glad to hear that we are not the only family that struggles with getting our child to use the resources available to her - we are also working on it - have a great day.

@Dawn-we have used the same answer! My kids LOVE rules..just love them..so, if I say that it is a law-it can help! I don't know if it is a girl thing or not..it is frustrating isn't it-when they are having a hard time, and they have a way to make things better and they don't use it..Thanks for stopping by..