Blogging at The Autism Channel today..

Kim and I wrote our first joint blog lady post over at The Autism Channel blog today.  It discusses some very important issues in the autism community.  I hope that you go on over and give it a look.  Thanks.
Posted by kathleen at 9:35 PM 6 comments: Links to this post

~"The Internet is the most important single development in the history of human communication since the invention of call waiting. ~"Dave Barry Well...we have had ourselves a bit of a storm... 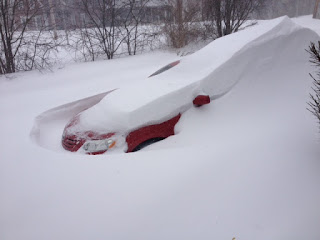 I don't think that we'll be going anywhere anytime soon...

Unfortunately, some of our pipes have frozen...leaving our house kind of cold. There is nothing like being woken up to "Mama! Papa!  Come quick!  The playroom is full of snow!" Yes, one of the outside doors had blown open during the night-making one of our rooms a "winter wonder what the hell I'm going to do now"-wonderland! I wish that I had taken a picture..but desperate times-without having had coffee first..left me thinking about clearing the room and sealing the door first. As you can see by the picture(this is after clean up)  That the deck behind the door is virtually empty of snow.  That is because it was ALL inside the house...*sigh* 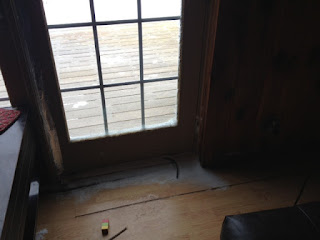 You might think that this would upset the kids. That they might complain about not being able to use the playroom...That they would be unhappy because of the cold.. 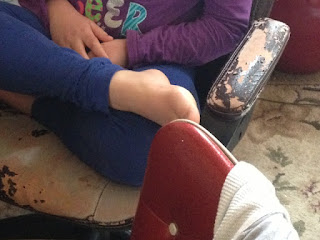 But, it doesn't seem to bother them in the least. In my last post, I wrote about how "interesting" it was to be with out power for many hours.  I thought for sure that the lack of heat would cause us to have another fun filled day. A day spent waiting for the oil burner guy to come..a day filled with "When do you think he will get here?"..and "Boy-I sure wish the heat was fixed.."  But no.. 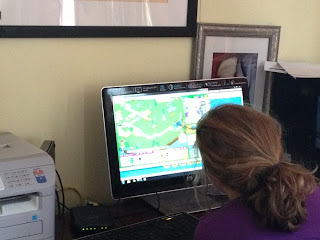 As long as we have the internet, and television...my kids are happy, content even!  I myself am dressed in-two pairs of long johns, striped thermal pants, a thermal shirt, a sweat shirt, a pair of boots and Omar's robe.  Oh-and I can't forget the jaunty orange cap on my head! Sitting here, typing with cold fingers...waiting for the repair man to come...thinking.."Boy I wish he would get here soon"...and "I sure wish that the heat were fixed."...and hoping really HOPING that I don't have to step foot out of my house in this outfit...
Posted by kathleen at 1:22 PM 3 comments: Links to this post 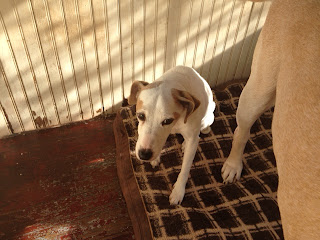 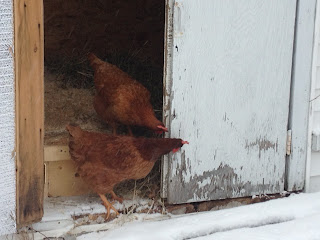 Posted by kathleen at 6:55 PM 3 comments: Links to this post