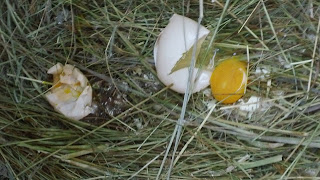 My nine year old has been coming home with "interesting" questions lately. She's been hearing "things" on the playground at school. Since I have always told my kids to "ask me anything-I'll always tell you the truth"..she has had no qualms whatsoever in coming to me. *sigh* Sometimes I wish I could just give her a pamphlet.
Posted by kathleen at 7:00 AM 5 comments: