Seven words and a bit of a rant...

~"I understand the inventor of the bagpipes was inspired when he saw a man carrying an indignant, asthmatic pig under his arm. Unfortunately, the man made sound never equaled the purity of the sound achieved by the pig."~
Alfred Hitchcock 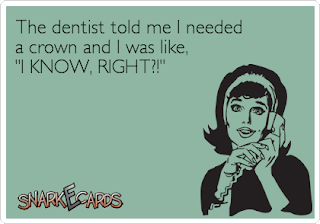 It was Tuesday afternoon..it had been a regular kind of day..nothing out of the ordinary..I was sitting outside sipping coffee..waiting for the bus. I love seeing the kids run through the door (and straight by me) at the end of the day.  I get it.  I mean, they have been cooped up for hours-and they are thrilled at  finally being free.  I totally remember the feeling..As a kid,  the end of the day was  my absolute favorite part of school.  So I don't take too much offense at being totally ignored.  And hey-sometimes they even stop and say hi-before asking for various food items and turns on the computer. I have to give them credit for that.  Sometimes they even stop and chat for a moment-granted, it's usually to tell on one of their brothers or sisters for something they did on the bus. But I'll take what I can get!  So, I wasn't too shocked when Lily decided to chat with me on that fateful Tuesday afternoon...
If only I had known..maybe I could have prepared better, girded my loins..stiffened my upper lip..I wasn't prepared..I was caught unaware-a deer in the headlights..when she uttered those seven small words...seven words that could and would change the course of our school year...words that could and would make life at home....interesting.. seven words that strike terror into the hearts of many a parent!  She said....
"Mama, I am going to join the school band!"
"wh..wh..what was that honey?"
"They had an instrument demonstration at school today-and I want to learn one. I think it will be great!"
I was immediately transported back in time-a time when I was innocent and naive..only four short years ago when Sam said those very same words. Sam, who insisted that playing the trombone would be the "BEST THING EVER!" Sam, the boy who when he got his trombone, had to be forced (using dire penalties) to practice...and when he did..lets just say that our dogs will never be the same...I swore "Never again!"...But, I can't let one awful terrible uncomfortable experience sway me. I can't.  I have to let them try new things. A mother should encourage....right?  So, with sweat slowly beading on my upper lip, I said..
"Oh....great!..umm...what instrument are you going to choose?" (please don't let it be trombone...please don't let it be trombone..)
"Well...I really want to play the conch shell."
"The conch shell?" (already I'm envisioning her standing on the roof at dawn wearing nothing but a loin cloth-blowing her conch shell to greet the day)
"Yeah...but they don't have lessons in it.  They only used it in the demonstration....so I have to pick two choices from the list I got."
"uh huh.....?"
"Yes...so I picked either DRUMS or TRUMPET!"
"Of course you did! ...of course you did"
"Yup!"
"Are you SURE you want to do this?"
"Well...yeah...why not?"
"I'm just saying that it takes commitment...and time and lots and lots of practice...even when you don't feel like it..it means doing your homework and then practicing before you do ANYTHING ELSE..once you sign up-you HAVE to do it for the year.  I'm not kidding-I have to pay to rent this instrument..and If I pay-YOU ARE GOING TO PLAY...."
"Oh....well...I'm not sure I really want to...let me think about it..."
Sometimes, I feel like a bad parent. I do.  I WANT my kids to try things..to explore the world..take risks even! Yet here I am...*sigh* doing my best to talk her out of doing just that..The thing is-I know my girl.  I KNOW that as soon as the novelty wears off (about 5 minutes after she gets the instrument) I will be finding drums shoved under her bed..or a trumpet with Littlest Pet Shop toys stuffed in it. She won't want to practice-she will fight me every step of the way-till we are both exhausted and I finally give in and tell her "Fine! Don't practice if you don't want to!" But it won't stop there-oh no..Because then I will start getting notes sent home..telling me about my child's obvious lack of practice-AND-it won't just be a regular note-of course not...it will be a condescending note!
"Dear Kathleen, you know if you REALLY want them to be able to play, you are just going to have to encourage them to practice a bit more.."
As if I am the one at fault for this! As if I hadn't spent hours asking...demanding...BEGGING them to practice!  And if by some miracle I do get them to practice?...I ask you this.  Have you ever heard a child play a trombone with resentment?  It's not pretty!  I'm damned if I do-damned if I don't!  So, I am going to forgive myself for taking the easier of two evils. I think that in the long run, we will all be happier for it.
I have three years until I am faced with this dilemma again.  Zoe will either choose not to join band (like Oscar) OR she will follow in Sam and Lily's footsteps and decide she wants to play the tuba.I will deal with that when the time comes.. In the meantime, I believe that I will start petitioning the music dept. to offer more options on their list of available instruments. I do believe that the "dog whistle" and "air guitar" would make lovely additions...

Labels: a mother loses her mind. resentment trombone, autism family humor, drums under the bed, seven words that cause hysteria, so your child wants to play the tuba, stuffed trumpets

I don't envy you in the slightest! I have seen my sister nag her kids to practice their instruments and I just cringe at the arguments! :-)

Oh, I SO know the feeling of them taking up an activity then not practising or attending. I told my boy that if he missed any of the week long sailing camp this summer it would cost him €40...per day! He made every day...

In Ireland there are very few school bands, we narrowly missed one that was being set up in his primary school. we have one cool and seemingly innocuous instrument that will drive you INSANE..... the Tin Whistle!!

Oh yes, my son wants so badly to play a musical instrument, especially the Ocarina, which as far as I know only features in Zelda games. For 24 hours, he was determined to learn the pianoo, and I dashed into town to buy a 'how to learn' book. It's never been opened....

LOVE the photo of the kids BTW, it makes me think of Swallows and Amazons and adventures in the sunshine xxxx

@Brightside-EXACTLY! I can not do that/live that way! I cringe in terror at the thought of it!

@Jazzy-oh-your tin whistle must be like our recordeer. All the kids learn to "play" them in fourth grade..it is another unwritten about circle in Dantes hell!

@Blue sky-hahaha..I totally understand the logic behinnd the "ocarina"! Thanks on the photo-it was a lovely day-spent at a local orchard picking apples...

He he he - I love that you have experience with the wind instruments and were able to warn me of the dangers of getting one of them :-)

@floortime-RUN!!!!! Do not let your boy play a wind instrumenT

After three years of telling us that he wanted to play the drums and be a musician, I bought Brandon drums. Not expensive drums mind, but a whole drum set. It came with guides to help learn to play, too.

He played. For a while. Then, he was done.

So, I completely understand your tactics. I don't regret the drum, but I do regret his lack of commitment. Teenagers--what can you do?