~"We have a Bill of Rights.  What we need is a Bill of Responsibilities."~Bill Maher 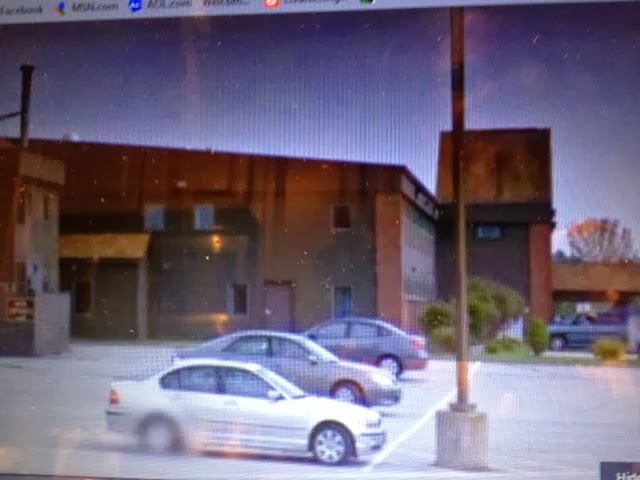 So...I spent my morning at the Department of Health and Human Services.. Located in a big dark brown(think poop) barn shaped building in our state capitol..it was apparently THE PLACE to be-especially if you are like us-finding out that your kids are uninsured! Yup-my kids at this moment do not have any health insurance. Why is that? Well...because the government believes that  my kids may need to be medically supported by my state. I am serious.  I am not allowed to place my children under our health insurance plan. Well, at least the insurance plan being offered to us with tax credits. Omar's new job does not come with benefits-and in order to keep with the new insurance law-we had to buy our own. We have no problem with this.  In fact, we were kind of excited about it. We had been paying a HUGE amount through COBRA...and we were looking forward to more affordable coverage. Which we got!  Well, at least Omar and myself. My kids? The ones who really need it-  that's a whole other story

Now, we have always taken care of our kids.  Always. With the exception of getting services through the school system-we have paid for everything. Because we could. ..AND..because we could-we did. Some of my children have disabilities, because of that- we could ask for help from the state..i.e. medical/dental/behavioral, social security, etc. We could but we haven't. Simply because we feel that those programs should be there for people that NEED them and can not afford them.  We didn't need-we didn't ask..we don't want. We thought that we were doing the right thing, the responsible thing.

Back in December, when we signed up for insurance (I had been trying since October-logging on and filling out form after form-only to have the website erase it..until I finally wised up and did the application by phone)...the nice people on the government site said  "Your children may qualify for insurance through the state, therefore, you can not place them on yours-The state will contact you about it." (That's even in text-when I log on to my page on the site)...Except January came along and I hadn't heard anything.  So, I went to the nice people on the government website and said

"The state hasn't contacted me-what do I do? More importantly-what if my kids get sick?"
"We sent your application over to the state-in the meantime, just give the doctor their social security number and it will show that they are covered." "But we don't know if they are covered." "The state will contact you and let you know."

Somehow, call it sixth sense-that just didn't make me feel reassured..so I called the state...and after being on hold for 48 minutes-  Guess what? They have no idea who my kids are-they haven't received anything from the government site AND they said that giving out their social security number wouldn't prove anything-AND if I wanted coverage for my kids, I needed to come in and ..*sigh* fill out an application.

So, I went back to the friendly people at the government website..and told them what the state said...and AGAIN asked what I should do if my kids gets sick! This time I was told about a free clinic-80 miles away. They also suggested that I go in to the state office and fill out the application to get my children approved. (you know-for the state benefits we haven't asked for) I said "I filled out an application with you!  You said you were sending it to the state because they might qualify-they said they have received-NOTHING! " "Well, we sent it. You should go in and fill out ANOTHER application." "But I just want to put them under our plan!"  "You can't do that-because they may qualify for the state funded plan." "But we don't want state funding!" "Well, you could file an application saying you don't want state aid-but it will take some time to be processed."  "But we don't even know if they qualify! "Then we suggest you go and fill out an application in person with the state."


HOLY CRAP! Have I entered the Twilight Zone?  Is Rod Serling going to pop out from behind my sofa smoking a cigarette and talking about dimensions of applications and redundancy??!

I decided to call the insurance "help line"...At that point-what did I have to lose besides my sanity? They said-"Oh the government doesn't really send much of anything to the state-you best go in and fill out the forms in person-you could do it on line...but if you want results-doing it in person will make it go faster."  "But what if one of my kids gets sick now?"  "Well, you could fill out an application with the state asking for your benefits to cover this time." "But we don't even know if they qualify!" "well, you will have to fill out an application to see if they do."

I have officially and unwillingly landed in redundancy hell.

Omar says that we should go back first thing on Monday morning. Me? Well, I'm thinking that private insurance may just be the way to go.  We might not get tax credit for it, it might cost us a small fortune each month-but my kids health needs will be covered...and really-whats one more application?

I think they may have copied the Irish system :( I hate that kind of bureaucracy so much. But it's true, if you get there first thing on a cold wet Monday morning, you're likely to get everything processed in record time. Sorry you're having to go through this xx