~"If only I could change the world around me,
perhaps my truth won't one day become the end of me"~
Dan Pearce~Single Dad Laughing 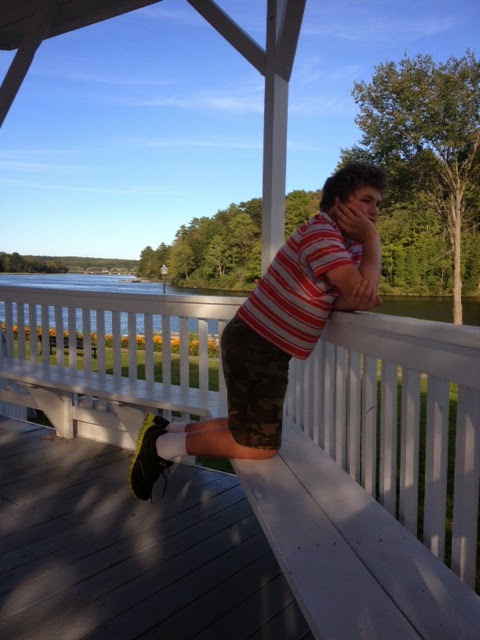 We have raised all of our kids to love themselves-as we love them.  Just as they are-truly and unconditionally..."You are wonderful!"-We tell them-probably too much..and yet sometimes it doesn't feel like it is ever enough. This love that we have for them..it is just so.. I don't know of any word that can describe it..it just is.  It's a fire, it burns..sometimes it just hurts.

"Have a good time" I said as Oscar got out of the car. "O.K."...I watched him make his way towards the school...talking to himself..arms waving, his fingers wiggling in front of his eyes. I stopped from calling him back..I watched him stim away and I stopped myself. Chanting the mantra of the moment  "just breathe...he will be o.k...just breathe.."

Oscar stims because he does. I used to ask him "why?"..and the answers were varied and sometimes interesting...or funny. Now though, with the rare occasion of checking in..of making sure all is o.k...I let him be. He is older -an almost young man, and I have to accept..to respect that his reasons are his own. But sometimes...seeing him and seeing him in the world as it is- makes my stomach bottom out..

I was ten different kinds of worried driving him to the dance tonight. Yes, I knew it was his choice to go..He wanted to.  And he has gone to dances before-but, he has always had his brother by his side. It never bothered me(too much) because I figured that they would look out for each other. But, this year, Sam is in high school..which leaves Oscar in the middle school..alone. This evening, for the first time EVER-I left him..to fend for himself-by himself...and I was a bit of a mess over it. Oscar however, was fine.

I left him-not because I wanted to (hell no!) but because he asked me to. He walked in stimming and eeeing..because that is (in part) who he is. Sometimes, I forget the plain beauty of that. That this almost young man, who is so very different from the people around him, is also- so very comfortable in being who he is. I get so wrapped up in worrying about how the world views him, that I forget to acknowledge how he views himself. I forget to look at him through his eyes. Although, even when I do remember my forgetfulness...I still worry... Does being a mother ever get easier?!!?

Yes, I know-I really didn't have to worry. But I did-because in my universe-if I don't worry..and fret...and get anxious..if I instead, get all confident and cocky-thinking that all is going to be just super...everything invariably plummets downhill into a whole heap of awful things and unfortunate outcomes.  That is just the way it works. So..I see my worry as a kind of duty-a service even. Perhaps one day I will be thanked for it-or tranquilized. Either way works for me. 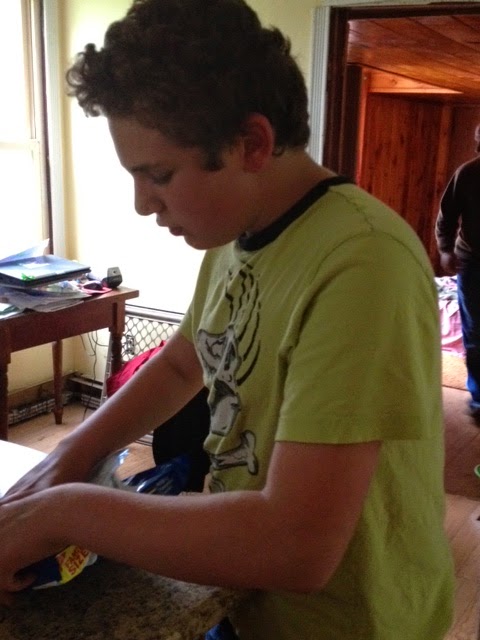 Hi Jazzy-yeah-what's with that "afraid to think the best" thing? He did enjoy himself...and he is happy in his own skin-which is exactly how I want him to feel/think of himself..*sigh* it's the rest of the world that keeps me worried..

I am learning to let go of my worries. I've realized that my worries were part of what made me sick. I spent so much time worrying about my family, my children, each individual child that I left myself insufficient energy to be aware of my own self.

I realize the temptation, justification, conviction, and the hope that worrying with stave off actual disaster.

But letting go, accepting what comes, dealing with what is instead of worrying about what could be...it's so very hard to get started, but things still do come out okay more often than not.

Oh, I wanted to mention...I think it's awesome that your boys willingly go to these dances. Willy went to one, though it wasn't just a dance. He had fun, but he never wanted to go to another. Too much work? I don't know, but he opted out.

Then again, I think I went to maybe a total of three or four in my entire academic career. So, I can hardly "encourage" him without feeling like a hypocrite.

@Stephanie-you are right...it is a process...kind of like learning to let go of learning to let go of worry! I do believe there is far more good in the world-I only have a hard time believing it when it is something I'm doing. :) Yeah-I was surprised that he went to the dance alone..but, he's in this deep thinking stage-thinking about growing up etc-so, he is doing the things that his brother has done before him...

That's one of the things I really miss in raising my children. I very much enjoyed having a big brother and following him through school.

My boys don't really have that, because each of their experiences are so different from one another.