"Nothing is so simple that it cannot be misunderstood" ~Freeman Teague Jr.~ 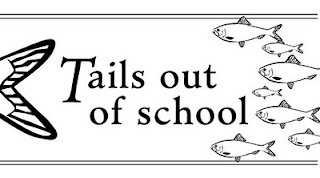 "Mama?".."Yeah bud?"..."Can I talk to you?" "Sure, what's up?" "I want to tell you about something that really bothers me." Deep breathe.."Sure..o.k" I try and sound cool and collected..very nonchalant..don't want to scare him off. Don't want to appear too eager..One false step..and it could be over. This is a first for us..trying to get Sammy to talk about anything "feelings" wise takes colossal effort. Now, here he is, for the first time, telling me he wants to talk! You have to understand, saying he keeps things close to the vest is like saying a Rolls Royce is just a car. He could come home, go into his room, shut the door and cry for an hour...and if you ask him "What's going on?" he'll say "nothing." I'll say "Well then why were you in your room crying?" "I wasn't crying!" "But Sammy your face is all red and wet..your eyes are swollen...and I heard you." "No you didn't!!...my eyes are just leaky." Sigh...It isn't that he won't tell us. he does.. eventually..Like about two years down the line. He'll say "Hey Mama..remember that day when I was in third grade and I came home crying?" "Uhhhhh..maybe?" " Remember I kept losing stuff and you asked me if someone was playing tricks on me?" "kind of..." "Well I don't get bullied!! EVERYONE likes me!" "Whoa..hang on..I didn't say you were getting bullied..I just thought someone may have been pulling a prank..you were misplacing everything...hats..gloves..books..shoes..your lunchbox...""Well you said Someone was playing tricks on me!"  "No...I said that maybe someone hid your things as a joke-that sometimes people do things like that...that they aren't thinking about how it could make someone feel." "Well no one was tricking me! They are all my friends.." "I didn't say they weren't your friends." Good, because they are!" "Well o.k. then!." It took him two years-years to tell me this. What really bothers me is that for two years, he stewed over the idea that I suggested he didn't have friends. . Sometimes I really wonder what thoughts are going through his head-what have I said that he might have misinterpreted simply because I wasn't clear enough. One of my deepest fears is that one day they will make copies of all my blog posts and hand them to their therapists and say "Now you'll understand."

So, when Sammy came to me the other day asking to talk..I was thrilled. I was going to do this right. I would give him my full and utmost attention..nothing would distract me. My boy is growing up..he must have so many questions. He is starting middle school in the fall..puberty is upon him..so many changes. He must have questions and fears. I was going to be as open and as clear as possible. In other words-bring it on! I was a mother on a mission! I would not mess this up. "Mama, I want to tell you something that really bothers me." " O.K. buddy...you want to go sit down somewhere quiet and talk?" "Uhh..o.k." So we went into the living room, sat down next to each other..I put my arm around him for reassurance..all was quiet. "So what's going on Sammy? What's bothering you?" (in my head I'm thinking..here it comes..don't react..respond...choose your words carefully..DON'T SCREW UP) He calmly looks at me and says "Humans with tails." "...what..???" "Yeah! Humans walking around with tails..I don't like how it looks." "Uhhh...Have you seen a lot of people walking around with tails lately?" "No! I meant in drawings!" "Oh! I thought you were saying there was a sudden influx of people with tails in town." "Sigh..No Mama! I'm being serious!..I meant in comics and stuff...It looks strange and unnatural. It freaks me out.." "Well..I can understand that..it is kind of creepy." "Yeah..it is..can I go draw now?" "Sure bud.."

O.K.  so maybe it wasn't quite what I had in mind...but I figure it's a start. I think that I handled it o.k.  I just hope that he doesn't come back to me in two years or so saying that I wasn't supportive enough...or that I found tails on humans to be funny or somehow appealing..or that I think everyone should have one... I can hope..but only time will tell....

hee, yeah, I've got kids like that, hold on to it for years, bring it up at the weirdest moments, and tell me that it's my fault blah blah blah, if I'd only.... sigh.

Lol at handing blog posts to therapists, that is one of my worries too, I try really hard but I sure there is something I have posted that will hang me:)

Yes, even if it was tails on humans, it was a start. It must have been really bothering him! Jen.

Kim-yes years! If only I could figure out how to make it easier..

Hi Jen-ha..I am really worried about the therapist thing..Still trying to figure out the humans with tails thing..can't say he doesn't have a fabulous imagination. :)