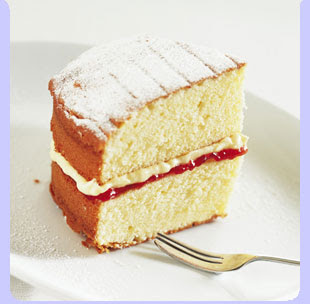 "Most children threaten at times to run away from home. This is the only thing that keeps some parents going" -Phyllis Diller


I admit it..during the school week at around 3:30..about a half hour after the kids are home from school, I start counting the hours until the girls go to bed. On the weekend, the countdown starts even earlier...like around 6:00 a.m. sometimes earlier..it depends upon when they wake up. I love my daughters, I do. Separately, they are wonderful, sweet, loving little girls. But together? Lets put it this way-when George W. Bush spoke of the "Axis of evil", I thought he meant my girls.

"Mama!!!!!!" "Yes Lil?" "Mama!!!!!! Zoe took the toy I was playing with and I want it back!" "Zoe! give Lily her toy back!" "Mama!! make her give it back! I want it back!! I want it back now!! I was playing with it first and Zoe just grabbed it out of my hands and she won't give it back and I want it!!" By now the tears are falling down her cheeks...right behind her, where she can't see, Zoe is doing a sort of Irish jig, holding the toy, grinning and dancing...two steps to the right then two steps to the left....and Lily is totally unaware of it. Even I admit, it is very very funny. But I can't let her know it. "Zoe! Give her that back right now or you will NEVER have dessert again!" sigh...Sometimes it works...most of the time it doesn't. I usually have to physically remove the toy from Zoe and hand it back to Lily. Which in turn causes Zoe to cry, and Lily to play exuberantly with said toy in front of Zoe. As if it is the greatest toy in the world. This cycle can repeat itself for hours. So you can understand my countdown till bedtime-can't you?

They DO love each other. Lily takes her role of big sister very seriously. She has taught Zoe her letters and numbers..she even potty trained her! I take no credit for that..in fact, Zoe was the youngest to potty train out of all my kids. She adores Lily and wants to do everything she does. When they get along it is magical. (and occasionally quiet) sometimes it is...well...interesting. They love to sing...at the top of their lungs..slightly off key..did I mention at the top of their lungs? Yes, I have been serenaded at 5:00 in the morning by what sounds like Kate Smith and Ethel Merman singing "My Little Ponies" greatest hits. Interesting way to wake up-that's for sure. Although my favorite "wake-up call" was they time they stumbled into my bedroom weeping and wailing, clinging to each other. It was quite the production. Oscar worthy in fact. "MAAAAMAAA! uhuhuhuh..MAAAMAAAA..ahhhhwaaaa" "What! Who's hurt!! Where??" I am frantically looking for cuts..bruises..gushing wounds.."WE'RE SORRY MAMA" "What.!!.What happened??!" I'm thinking the worst..they let the dogs out..or set the kitchen on fire..broke something..they were THAT upset.."We..We..hiccup..We...ATE CAKE BY ACCIDENT!! WAAAAAAAaaaaa!" "You What?!' "We're sorry Mama..it was on the table and we ate it by accident..sniffle.." "You come up here at 5:00 in the morning to tell me you ate cake by accident...what does that mean?...Did the cake jump into your mouth?" "No!! it was on the table and we couldn't help it..and then we were afraid you would be angry..." SIGH...."It is really really early in the morning...the birds haven't even woken up...why don't you go back to bed and we'll talk about it later...like at 11:00..after I have had a gallon of coffee...o.k.?" "So your not mad?" "...not if you go back to bed..." "o.k....Mama?...we love you.." Sigh..how could I be mad? I too have had many such "accidents" with cake...and candy...and ice-cream....like mother like daughters..

I suppose that I can't complain too much. I try to keep things in perspective. I figure that one day they these sometimes difficult little girls will grow into strong women.. At least that's what I keep telling myself. It has become a sort of mantra..especially since I found out that "Goodwiill" and the "Salvation Army" don't accept donations of children. I'll just take it one day at a time..or one hour at a time...whatever works best. As long as there is cake, we should be o.k.

Happy Mother's Day everyone. Only 35 minutes until bedtime....

hee. I love it. My girlies were put to bed an hour ago but they keep coming out to rat on each other and scream. sigh. Happy mother's day; may it be blissfully quiet and peaceful, with no my little ponies songs. :-)

Happy mother's day to you too. :) sigh..We've only been up two hours..but I have already broken up 30,000 fights...although I did recieve some lovely hand made jewelry and pictures..sigh..only 9 hours till bedtime..

Kate Smith, Ethel Merman - how old are you? (You don't have to answer that.)

Anyway, I hope you and Kim have a happy Mother's Day. You deserve it.

Happy Mothers Day :) Mine haven't reached the fighting stage yet, but I remember it well from the fights I had with my own sister. Take my word on this, it is ALWAYS the younger sisters fault :D:D Jen.

Hi Clay-thanks..heehee I'm 46..I was the youngest of six kids..my parents grew up with swing music-and exposed us all to music at an early age. I adore Kate Smith and Ethel Merman..never fail to make me laugh :)