~"We are all in the gutter, but some of us are looking at the stars."~ Oscar Wilde 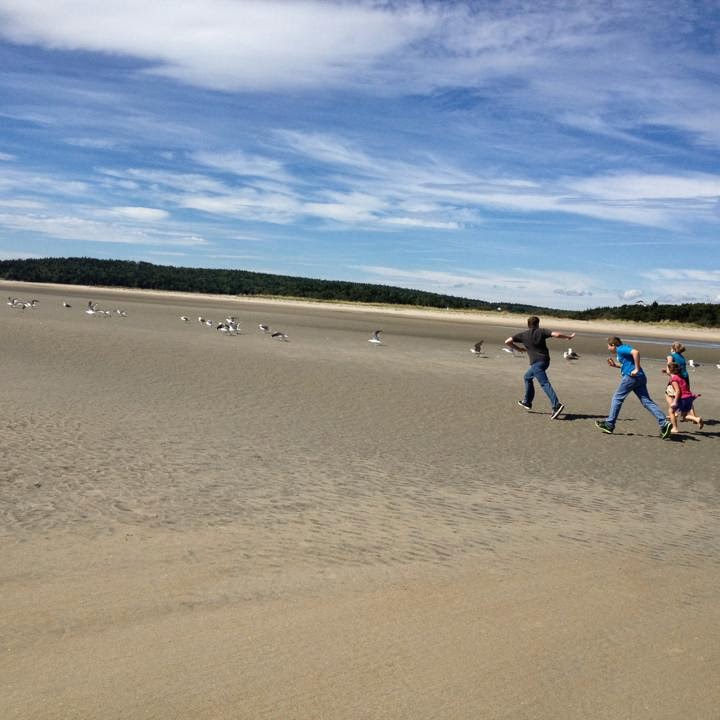 I was sitting on the couch the other morning..as I do most mornings before the kids get up. I call it my "drink coffee and stare at nothing" time. An essential part of a balanced breakfast of coffee, coffee and more coffee-especially if I'm going to get four kids up and ready to catch the bus-an intricate dance that requires finesse-skill...and sometimes nerves of steel. So, as I sat gazing at nothing..my eyes happened to focus on a very long cobweb dangling from my ceiling., This isn't the first time I have noticed it. No.. this particular cobweb has been around for a while. (Holidays, birthdays..seasons) The sad thing is-for as many times I have noticed it-AND thought about doing something about it...I never seem to get around to it. It's like the cobweb has mystical abilities to make itself unnoticeable whenever I am cleaning. I will vacuum..I will dust..I'll plump couch pillows...and I always seem to forget the cobweb...that is, until I am sitting on the couch during the early morning hours with only enough energy to raise a coffee cup to my mouth. At this point- I'm thinking of naming it...or claiming it as a dependent on my tax return.

In an odd way, I find comfort in that cobweb..I admire its endurance..its stamina..its sheer determination to hang on on.  Or...I am just too lazy to do anything about it. Either way-it hangs there, it will continue to hang there and it will probably still be hanging there long after I am gone. Hey-maybe I'll make it my legacy! Something for my kids to remark on long after I am gone. Because, I know without a doubt-they will NEVER get rid of it..it has been part of their lives for far too long-and none of them particularly like change or cleaning...so-there you go. "I officially dub thee "The Kathleen Leopold Memorial Cobweb"". Well...now that that is arranged...I can officially die...except I can't.

I never used to worry about my mortality. I always thought that life was a grand adventure...until it was over-and then you went on to the next grand adventure-or not.  It didn't really matter. I lived in the moment for the moment.  Leaping before I looked, laughing in the face of danger-haha!  making a lot of way too many mistakes and maybe probably definitely hurting some people along the way..(although I have learned to forgive myself-I still carry it). I could have been the poster girl for irresponsibility.(Would have been- had it paid) There was a time that I (along with quite a few others) didn't think I would see thirty.  Yet, here I am today celebrating my fiftieth birthday.  Fifty!  Holy crap!  How did that happen?  I JUST turned thirty! Where did those twenty years go?

Mostly kids.  I really think that once kids enter the picture, time simultaneously both flies and loses sense of itself.  If someone had asked me yesterday "Hey-what have you been up to for the last fifteen years?"  I probably would have said "Going to IEP meetings and looking for my kids shoes." and I would have meant it. (Seriously, if there were some sort of graph that measured the amount of time I have spent in meetings and shoe finding missions-it would probably add up to years,) But today, as I was walking out the door with Omar-I realized something.

I was walking out the door with Omar-ALONE!

Not only that-I was fully and appropriately dressed! In clean clothes.  My hair was brushed. I had had eight hours of continuous sleep. I wasn't worried about the school calling and asking me to come and get one of my kids. I stopped to catch my breath. literally stopped in my tracks.  These seemingly small things..these tiny little miracles-were the result of those past fifteen years.  Not only has the time flown-but so have my kids. I have to remember that. To revel in it Especially because there was a time that I never would have imagined these things possible. Especially because.

I'm not going to lie and say that this epiphany has ceased all of my worrying. Nope.  Not a day goes by that I don't worry about my kids. Sometimes, I worry myself sick .Thinking about the "what ifs" and "can't do's"..fretting over what may or may not happen and the "who may be able to's" and "who won't."  That's never going to stop. But I am going to pay more attention to the little victories..Because when you add them all up-they make for an amazing (albeit bumpy) fifteen years.My kids are at just the beginning of their own grand adventures, and I am beyond joyful that I am here to fly along beside them....(and that they want me to!)

So, today-in honor of my half century mark(again-holy crap!) I am going to spend my morning on the couch-sipping coffee and eating as many homemade chocolate croissants (thanks Omar) that I want to.  I may even look into having that cobweb bronzed..no rush though-I'm sure it will be there next year when I turn fifty one.

This made me laugh/cry! Happy Birthday my friend.

Great blog. If your cobweb is lonely, I can mail it some of mine. Happy birthday again Dear. So glad you made it! Love Ei

There were a few people who thought that I wouldn't make 30 either he he! Good to see you on the other side of 50 now, it's not too bad here, cobwebs and all :) Happy Birthday xx